The Complete CD Atlas of the Universe 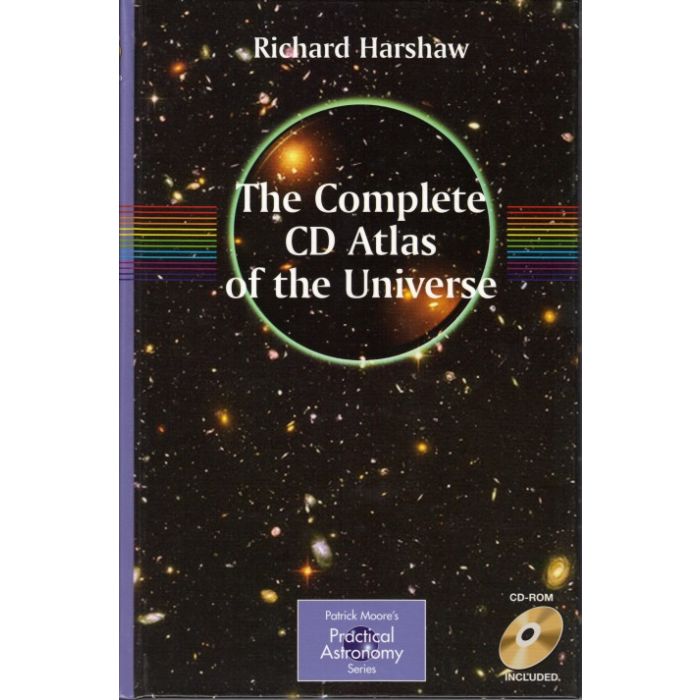 This guide contains descriptions and charts for a total of almost 14,000 objects, and is probably the largest and most comprehensive Atlas of the Universe ever created for amateur astronomers.

Spanning some 13,000 pages, this is a project that is possible only on CD-ROM.

The atlas covers the whole range of objects viewable by amateur astronomers with 8 - to 11-inch telescopes, north of about latitude +40 degrees. Everything described here can be observed from suburban sites. Large-scale finder charts - in both normal and mirror-image "SCT" views - along with the extensive list of 14,000 objects provide a detailed observing guide for almost any practical amateur astronomer.

Around 10,750 of the objects are double or multiple stars; the remaining 3000 or so represent the other classes of deep-sky objects. Double stars dominate this work for two reasons. First, for telescopes of modest aperture they are by far the most numerous type of object and second, double stars are usually bright enough to be easily observed from urban sites. The other deep-sky objects include many galaxies (1573 of them), and although dark-sky sites are of course best, many of these can be seen in skies that most amateurs would write off as hopeless for the task. There are 580 open clusters, 109 globular clusters, 148 planetary nebulae, plus a few others.

The Complete CD Atlas of the Universe is a resource that could easily provide the basis of a whole lifetime of observing!