Build Your Own Telescope

Be the first to review this product
$29.95
Out of stock
SKU
9780943396699
Add to Wish List
Email
Build Your Own Telescope includes complete plans, step-by-step instructions and 275 illustrations that show you how to build these five telescopes: •4" f /10 Reflector: A sturdy and easy-to-use telescope that is perfect for beginners or as a parent/child project. •6" f /8 Dobsonian Reflector: A light, compact telescope that is simple to build, but powerful enough to satisfy a backyard observer for many years. •6" f /8 Equatorial Reflector: A classic design for the amateur astronomer or craftsman who wants an elegant telescope and great performance. •10" f /6 Dobsonian Reflector: A powerful and versatile telescope suitable for casual stargazing or for a serious amateur's long-term observing programs. •6" f /15 Refractor: A large refractor that outperforms commercial telescopes of considerably larger aperture.
Skip to the end of the images gallery 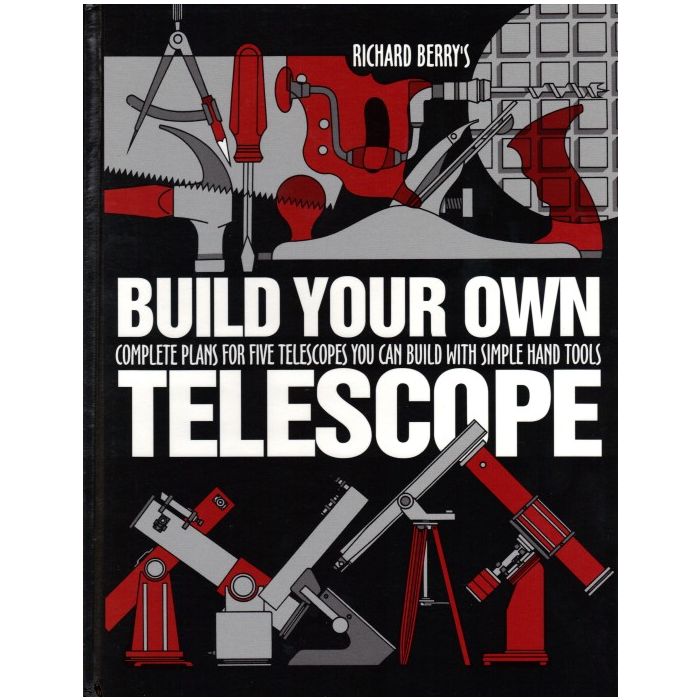 For anyone who has ever dreamed of exploring the heavens with a telescope, Build Your Own Telescope can make that dream come true. In clear, step-by-step instructions, author Richard Berry tells how to build five telescopes, from a simple reflecting telescope suitable for a parent and child to build together to a "research-grade" 10-inch telescope capable of sustaining a lifetime's interest in astronomy. Detailed instructions include complete plans and photographs that show how anyone can construct a powerful telescope with ordinary household tools and materials.

Richard Berry has been an amateur astronomer and telescope maker for as long as he can remember. He ground his first telescope mirror at age 13, and has since completed over a dozen telescopes. After two years building payloads for launch aboard Black Brant research rockets, he completed his M.Sc. degree in Astronomy and joined IntraSpace International, Inc. as Project Engineer in charge of testing and certifying flightworthy key components of Apollo-Soyuz experiment MA059, the first measurements of atomic oxygen and atomic nitrogen at spacecraft altitudes.

Returning then to his interest in amateur astronomy, Berry joined the staff of Astronomy magazine. In his sixteen years as the editor of Astronomy, he built the magazine from a struggling newcomer to the largest-circulation astronomy magazine in the world. He also founded Telescope Making, the quarterly journal behind many of the breakthroughs that made the 1980s such explosive years in the growth of amateur astronomy.

In 1981, Richard Berry received the Clifford W. Holmes Award for contributions to the advancement of amateur telescope making, and subsequently the Astronomical Society of the Pacific's Dorothea Klumpke-Roberts Award for outstanding contributions to better public understanding and appreciation of astronomy, and the Omega Centauri Award of the Texas Star Party for furthering astronomy and amateur telescope making through his writing, editing and teaching. In addition, the International Astronomical Union has honored his work by designating Asteroid 3684 as Berry.