Lunar Meteoroid Impacts and How to Observe Them 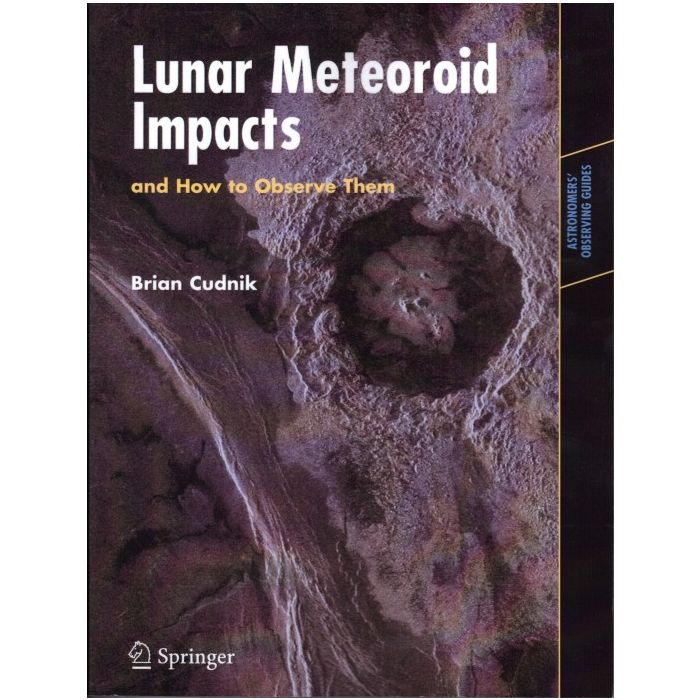 We all know that the pock marked face of the Moon looks the way it does because it was hit by meteors. But not many people know that this is still happening today. While the era of major impacts is over, lunar meteorites still cause flashes and puffs of gas, vaporized rock, and dust that we can observe.

The Moon itself has a fascinating history. It is now thought to have been formed after a Mars-sized object collided with Earth and stripped off a portion of its mass. This debris took shape within a few hundred years and was originally much closer to our planet. The craters on its surface were largely formed by intense meteorite and asteroid bombardment between 4.6 billion and 3.8 billion years ago.

In this comprehensive book, Brian Cudnik, one of the first people to observe a meteorite impact on the Moon in real time, shows how both amateur and practical astronomers can look for these ‘lunar transient phenomena,’ or LTPs. He explains in detail the processes that formed the craters and impact marks we see on the Moon and elsewhere in the Solar System, and he details the events leading up to our recognition that the Moon is not a ‘dead’ world in terms of meteors but is still being hit by space debris.

Meteors and asteroids have melted the Moon’s crust, forming the lunar magma ocean, and caused enormous impact craters that, like an old warrior’s battle scars, give us a visual history of the planet. As amateur astronomy becomes ever more sophisticated, this book interprets the Moon’s scars and acts as a guide to observing our nearest planetary neighbor, showing how amateurs can support and even compete with the professionals in this field.