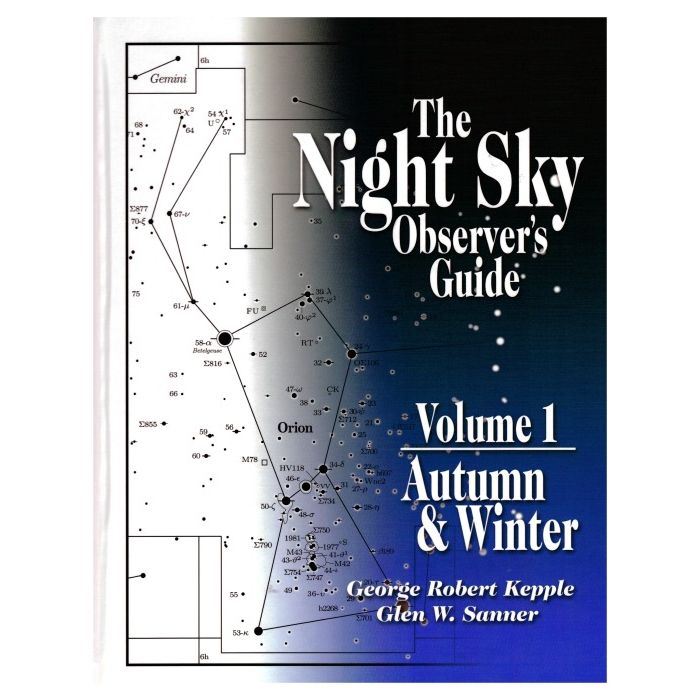 From the reviews of Volumes 1 and 2

A subtitle to the two-volume Night Sky Observer’s Guide could have been Burnham’s Celestial Handbook: The Next Generation... (it is) a bible of very deep-sky observing, taking objects constellation by constellation with full page charts and numerous smaller finder charts and drawings. Tables list variable and double stars, and a few individual stars are highlighted. But the meat of the volumes is the descriptions of galaxies, nebulae and star clusters as they appear through a variety of apertures. If you’re looking for targets to keep you busy and challenge your observing skills, the Night Sky Observer’s Guide has come to your rescue.

…Birders have their bible in the form of Roger Tory Peterson’s field guide. Bird illustrations, descriptive text, and maps comprise a guide used by birders for decades. Now apply that strategy to observational astronomy and you’ll have The Night Sky Observer’s Guide... the Observer’s Guide’s generous use of maps, drawing, and photos places it squarely in the realm of a bona fide field guide... an exemplary guide to the deep sky.

ARRANGEMENT OF THE GUIDE