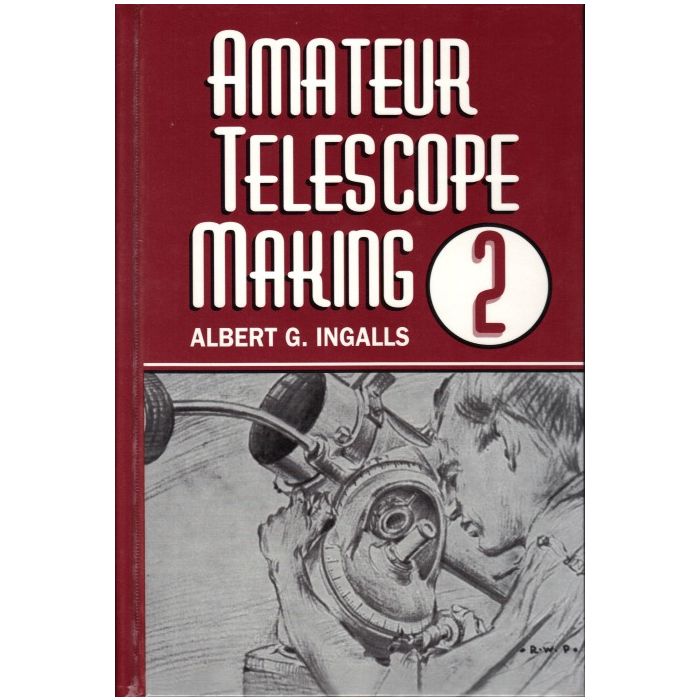 First, some history about how the Amateur Telescope Making books came to be. In the early 1920s a naturally curious fellow, Albert Ingalls, happened to read an article in an obscure magazine by an even more curious fellow, Russell Porter. The article was about the "Poor Man's" telescope and told the story of how a group of Vermont villagers built their own reflecting telescopes. It was to be a fateful event because Albert Ingalls was an editor of Scientific American magazine and telescope making was about to gain a much larger audience through America's preeminent science magazine. Ingalls and Porter would, during the next 30 years, create and inspire from others a body of literature that would eventually span a three-volume set of books.

Many people are surprised when they find out that the optics for a 6 or 8 inch Newtonian reflecting telescope can be made by hand using the simplest of tools and materials. Since the invention of the telescope about 400 years ago, telescope making has always had an amateur component. Some amateur telescope makers were fascinated by the process itself, while others (like the great observer of the night sky, William Herschel) became amateur telescope makers as a means to their ultimate objective of exploration.

Inevitably some of the more accomplished amateurs became professionals and made instruments for others, but these instruments were never cheap. Until the discovery of methods to coat glass with silver in the mid-1800s the telescope of choice was the refractor—in spite of its price. By the time aluminum replaced silver in the late 1930s, reflectors had almost completely replaced refractors in popularity. This series of books is one of the reasons why.

The ATM books were originally published at a time when it was costly to rearrange the contents once it was set in type, so with each edition and printing new material tended to be added at the back. Over the years they grew larger and less well organized. Yet, because they contained so much valuable information, telescope makers, even today, considered them to be the bible of telescope making.

These books are a rearrangement of the original three-volume work. Insofar as possible similar items are now grouped together; each as a Chapter within a descriptive Part. Chapters are usually divided into sections, subsections, etc. While the Table of Contents for a typical "ATM" of old was 2 pages it is now 3 to 5 times larger. The Index has similarly been expanded. The objective was not to rewrite but to logically rearrange the text into a more user-accessible format. Spelling, hyphenation and usage have been standardized, and errors-in-fact corrected, but almost all the original text remains fundamentally unchanged (pendulum clocks and vacuum tube photoelectric photometry articles were cut) and now makes up nearly 1,800 pages of text and illustrations devoted to practical telescope making.